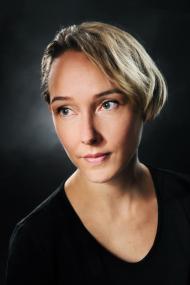 Liisa Aaltola passed her organ diploma at the Sibelius-Academy in 1990 and gave her debut recital in the Cathedral of Helsinki 1991. She has made further studies at several master courses in Finland and abroad. Aaltola has played concerts as organist
and harpsichordist both as soloist and chamber musician. She has accompanied many soloists, choirs and orchestras, for example Tampere Filharmonia.

Aaltola works as a church musician in Pirkkala at Tampere region. During last five years Aaltola performed a concert cycle consisting all the Bach´s organ works.