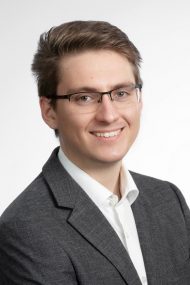 Organist Arttu Selonen has been performing as a recitalist, a member of an orchestra and choir, and as a chamber musician. This year he has recitals in Tampere Cathedral organ series, in Helsinki Organ Summer (Kallio Church) and in Mänttä Music Festival. Previously, he has performed for example in Espoo Organ Night and Aria Festival and Turku Organ Festival. He has worked as a substitute cantor-organist in several parishes, lately in Kotka and Turku Cathedral. Selonen is a cabinet member of Organum society and editor-in-chief of Organum journal.

Selonen’s professors among others have been Markku Hietaharju and Jaana Ikonen. Because he is especially interested in history of organ building and its influence in organ playing, he has taken part in many masterclasses and visited historic and modern organs in Finland, France, Germany, Italy, Estonia, and Russia. Professors of masterclasses he has attended include Louis Robilliard, Jean Guillou and Matthias Havinga. Especially traditions of romantic era are close to his heart. The Cavaillé-Coll-organ of St. Ouen in Rouen, France, has had a special effect to his playing. He has attended the masterclass of Jean-Baptiste Monnot there twice.

In 2021, Selonen graduated as a Master of Music from Sibelius Academy of University of Arts Helsinki, organ playing as his main subject. From 2015 to 2019 he studied church music in Sibelius Academy’s Kuopio department. Selonen begun his organ studies in 2013 in Puolalanmäki Music High School, Turku. Before his organ studies he was learning piano playing in pop/jazz department of music school as a hobby.