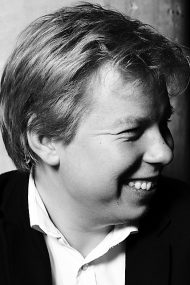 Pétur Sakari (b.1992) is a Finnish concert organist and improviser. The international press and music magazines have paid attention to Sakari`s talent since his teens.
Pétur Sakari gave his debut recital at the age of 13. Invited by Olivier Latry, Pétur Sakari gave his debut concert at the Notre Dame Cathedral in Paris in 2017. Since then he has performed actively on international venues and festivals around the globe with a wide-ranging repertoire.

Pétur Sakari has been chosen as the Young Artist of the Year at all international organ festivals in Finland (Turku Organ 2006, Lahti Organ 2009, Pori Organ 2010, Turku Cathedral 2010). He has performed with several orchestras, including the Finnish Radio Symphony Orchestra, Tampere Philharmonic, Lahti Symphony, Turku Philharmonic, Tallinn Chamber Orchestra, Vaasa City Orchestra and Pori Sinfonietta. He has worked with several conductors such as Hannu Lintu, Tõnu Kaljuste and Petri Sakari. Recent invitations include cooperation with the legendary Swedish Radio Choir and vocal ensemle VOCES8.

Pétur Sakari has also worked regularly with leading opera singers such as Soile Isokoski and Jorma Hynninen. Pétur Sakari has even combined symphonic organ music to poetry and modern dance with the world-famous dancer and choreographer Jorma Uotinen. Sakari even improvises regularly the music to silent movies. Pétur Sakari has made several award-winning solo recordings for labels such as Sony Classical, BIS Records and Fuga. Sakari is often used as an organ expert by the Finnish Radio and he has made several programs and recordings for them.

Pétur Sakari studied the organ in Helsinki under Pekka Suikkanen, Tuomas Karjalainen and Kalevi Kiviniemi. At the age of 17 Sakari continued his organ studies in Paris as an invited student, under Thierry Escaich (improvisation) and Vincent Warnier (repertoire). In Paris he took private lessons with Daniel Roth as well. Sakari has attended many international master classes, where he studied with Wolfgang Rübsam (early music), Pierre Pincemaille (improvisation), Ton Koopman (early music) and Frédéric Blanc (repertoire).
Pétur Sakari is also a cellist and performs regularly as a chamber musician. Sakari studied the cello at the Helsinki Conservatory with Sami Mäkelä. He also studied the cello, composition and folk music at the Sibelius Academy between 2013-2018.

Pétur Sakari serves currently as an expert of the new concert hall organ of the Helsinki Music Centre, representing the Finnish Radio Symphony Orchestra and the Helsinki Philharmonic at the organ committee.