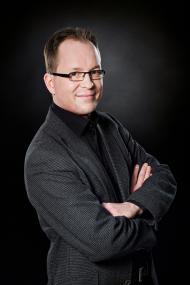 Esa Toivola (b. 1976) studied church music in the Sibelius Academy in Kuopio, Eastern Finland. Later he completed his organ soloist’s studies in Amsterdam and Piteå (Sweden) and in various master classes around Europe. The most important teachers of Esa Toivola have been Mikko Korhonen (Kuopio) and Hans-Ola Ericsson (Piteå)

Esa Toivola was teacher of organ interpretation and improvisation in Sibelius Academy, Kuopio, for years 2002 until 2008 and again from 2013 onwards. In between, he worked as a church musician in Kangasala church.

Esa Toivola gives regularly organ recitals around Finland and also appears as continuo player in church music performances and accompanist in silent films, including those of Chaplin, von Stroheim and Murnau. Mr. Toivola has also given recitals in Italy, Sweden, Germany and the Netherlands. In 2004, he participated in the Nijmegen international organ competition and received the first prize and the prize of the audience.